We are pleased to announce the launch of a new interactive tool to deepen our knowledge about the Holocaust in Romania, the online platform https://roholocaust.com. The project, which is the result of the collaboration between the National Institute for the Study of the Holocaust in Romania Elie Wiesel and Friedrich-Ebert-Stiftung Romania, aims to facilitate not only a rigorous and well-documented understanding of the events that led to the deportation, ghettoization and extermination of Romanian Jews between the borders of the Romanian state or temporarily under Romanian (Northern Bukovina, Bessarabia, Transnistria) or Hungarian (Northern Transylvania) authority, but also a knowledge of individual life stories and history of the Jewish and Roma communities in Romania.

The final report of the Wiesel Commission documented the extent of Romania's participation in the Holocaust, while giving extensive coverage to the widespread anti-Semitism and violence against Jews in Romania in the run-up to World War II. Unfortunately, there are still voices and political forces in Romanian society that trivialize, minimize or even challenge the Holocaust and anti-Semitism.

Through a non-exhaustive interactive map of the places of significance for the Holocaust in Romania, we try to put on the map of public memory life stories and dramatic events - important moments in the Holocaust. Micro-monographs, photographs, testimonies of survivors and archival documents briefly present the history of entire Romanian Jewish and Roma communities that fell victim to racism, xenophobia and destructive chauvinism in Romania and in the territories under Romanian or Hungarian administration during World War II.

The online platform is available in Romanian and English and can be accessed here: https://roholocaust.com. 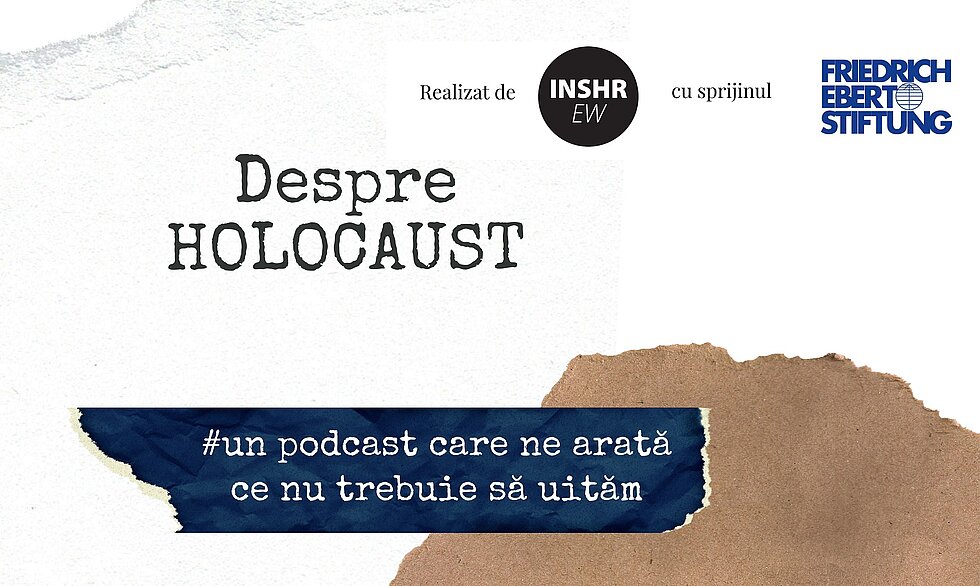 Podcast Series ”About the Holocaust”

About the Holocaust - A podcast series that reminds us what not to forget! A material that brings to the fore a history hidden under the rug and…