F-SIDES, the first Romanian film club dedicated exclusively to films made by women, returns in 2021 with the second edition. 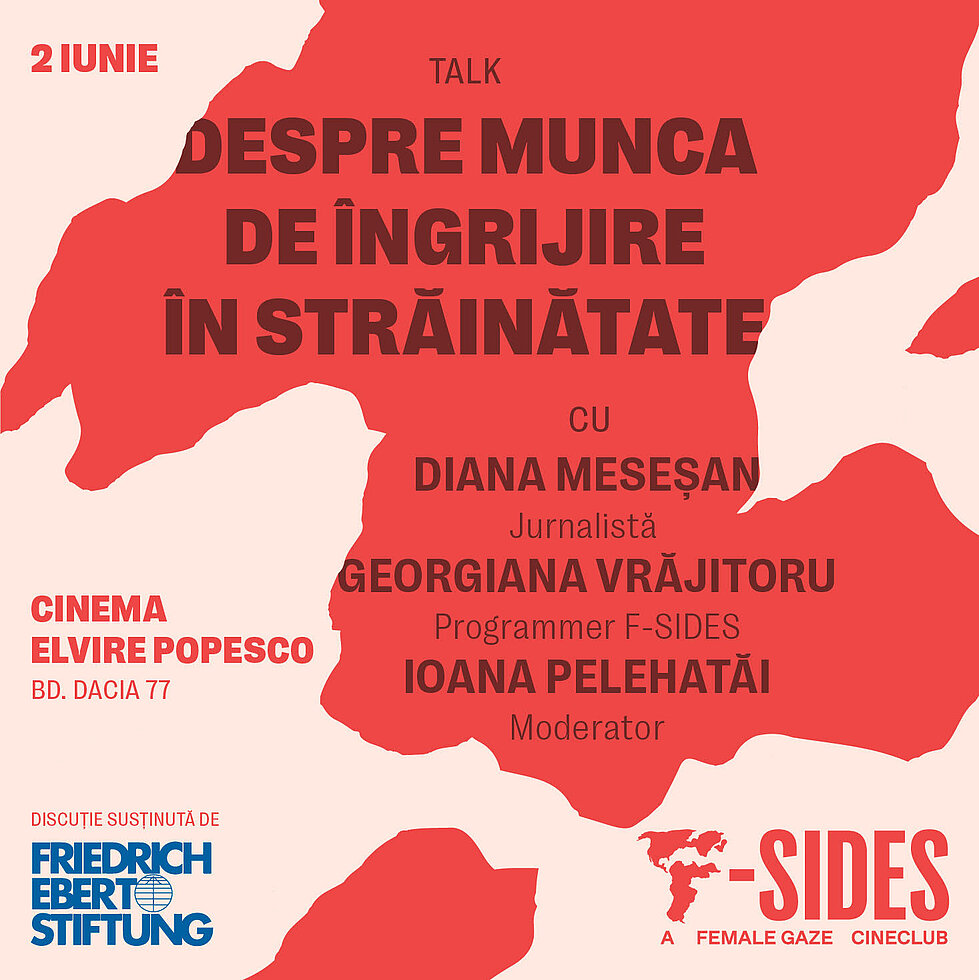 F-SIDES, the first film club to bring films directed by women to the Romanian public, returns on June 2 with its second edition. The project will run for 6 months, between June and November, and will include a series of bi-monthly screenings in cinemas, outdoors, and online.

The five topics addressed in season two include topics such as migration to women, aging, reclaiming spaces and ecofeminism, and aim to open the discussion on gender equality in Romania and provide a set of tools to better understand women's experiences, but also the ways in which we can amplify their voices. The project also launches a manifesto that addresses the five themes of the edition, in the form of a collage of voices that have spoken over time (and space) about these topics.

In order to deepen the monthly themes and anchor the topics mentioned in the film to the local reality, each screening is introduced by a discussion with civil society experts, journalists and representatives of the organizations directly concerned with the topics in question. The discussions are supported by Friedrich-Ebert-Stiftung Romania and will be broadcast online after each film screening.

More information about the project: www.f-sides.ro