The reflection process started by the Secretary General Stoltenberg in 2019 under the heading 'NATO 2030' has so far produced several core ideas along which the new Strategic Concept of NATO should take shape. 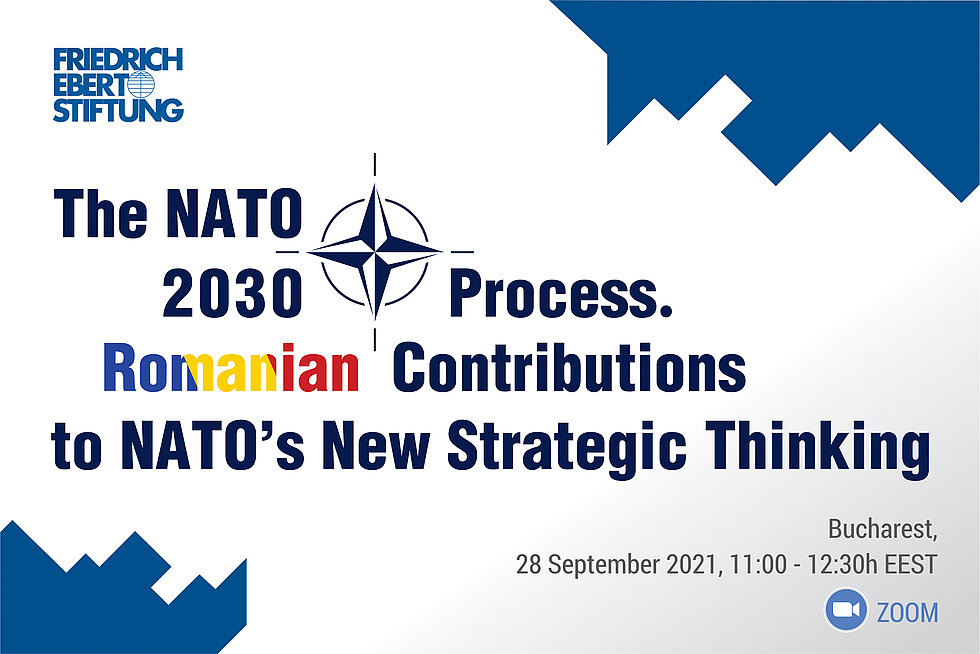 Romania was the first NATO ally to support the initiation of the negotiations for the new NATO Strategic Concept. It is therefore important to explore and map Romanian positions inside the Alliance about how NATO should respond and adapt to the realities of the current global strategic environment.

Some of these Romanian positions have been addressed in the newly published FES study “Three Visions for NATO. Mapping National Debates on the Future of the Atlantic Alliance”. Several questions are particularly important for the ongoing review process: How should NATO preserve its edge in military superiority, strengthen deterrence and improve its defense posture? Should the meaning of resilience be tied to collective defense only, or should it stretch further into non-military aspects of security such as ordinary law-enforcement tasks? How can the Alliance address more seriously democratic shortcomings of fellow allies without doing harm to the integrity of its core business? And, finally, how is Romania envisaging NATO's role in other geographic areas than its traditional Euro-Atlantic one?

To answer all these questions and examine also how other countries such as France and Germany are tackling them in their national debates, the Bucharest Office of the Friedrich-Ebert-Stiftung would like to invite you to a debate on:

The event will gather representatives from the academia, think tanks and policy makers. The language of the meeting will be English.